With the presentation of the CIMIC Award of Excellence, the Change of Command and the Reunion Day, three events took place at the CIMIC Centre of Excellence in one special day.

The CIMIC Award of Excellence is the marque symbol of this institution towards the wide array of stakeholders in civil-military interaction and the CIMIC Community of Interest worldwide. In 2019, the award was presented for the third year in a row to the following candidates. The winner of the Institutional CIMIC Award was the Technical University of Applied Sciences Regensburg in Germany. The university created already 10 years ago a Bachelor of Arts Study Program for “International Relations and Management”. The objective of the program is to develop and train young professionals for global management and leadership tasks. In particular the purpose is to train students for an international and globalized work environment in companies, organizations,  institutions, as well as missions and operations.

Mr. Srečko Zajc, Director General of the Directorate for Defense Affaires of the Ministry of Defense of the Republic of Slovenia, received the Individual CIMIC Award. He was awarded in recognition of his personal efforts for an outstanding contribution to the promotion, development and implementation of the Slovenian Civilian CIMIC Capability, so called Civil Functional Specialists, in support of NATO-led operations. It was a great honor for our House to welcome both award winners in person to the CCOE on 27.06.2019 and to hand over the medal and the certificate to them. 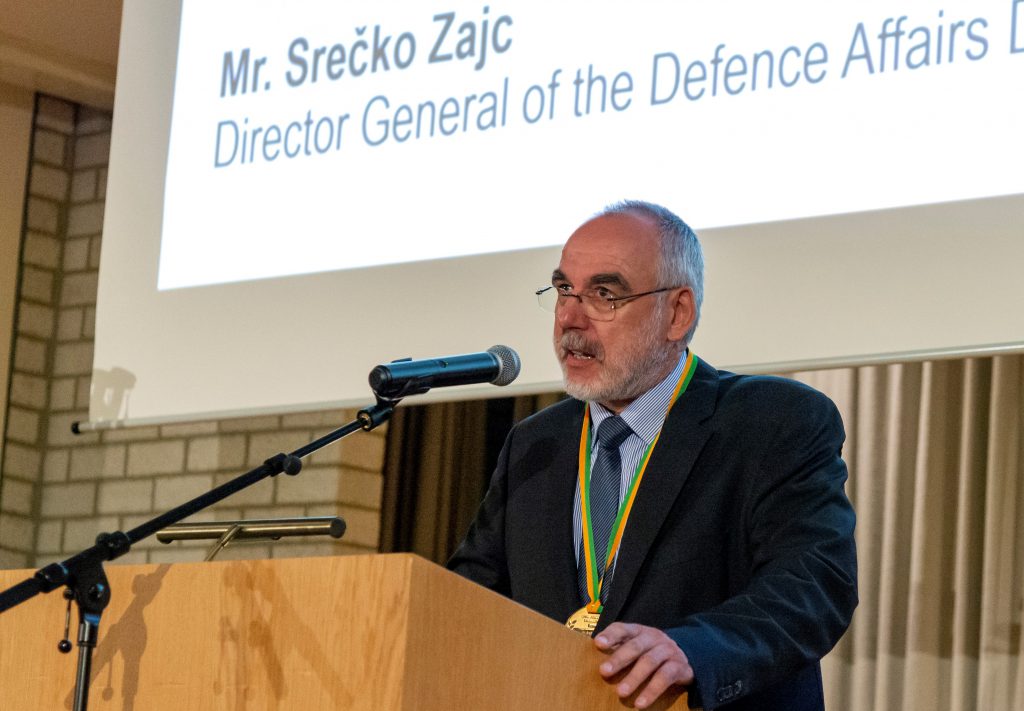 Mr. Srečko Zajc, Director General of the Directorate for Defense Affaires of the Ministry of Defense of the Republic of Slovenia.

Following the Change of Command ceremony was conducted under the eyes of around 100 guests, including three  ambassadors and several international generals and distinguished guests. The post of the director was handed over from Colonel (GS) Wolfgang Paulik to Colonel (GS) Frank van Boxmeer. The second personal change on this day was the handing over of the deputy director and chief of staff from Colonel (GS) Johan Wagner to Colonel Joachim Miller. This transfer took place during the CIMIC Award ceremony and was thus the last official act of Colonel (GS) Wolfgang Paulik. 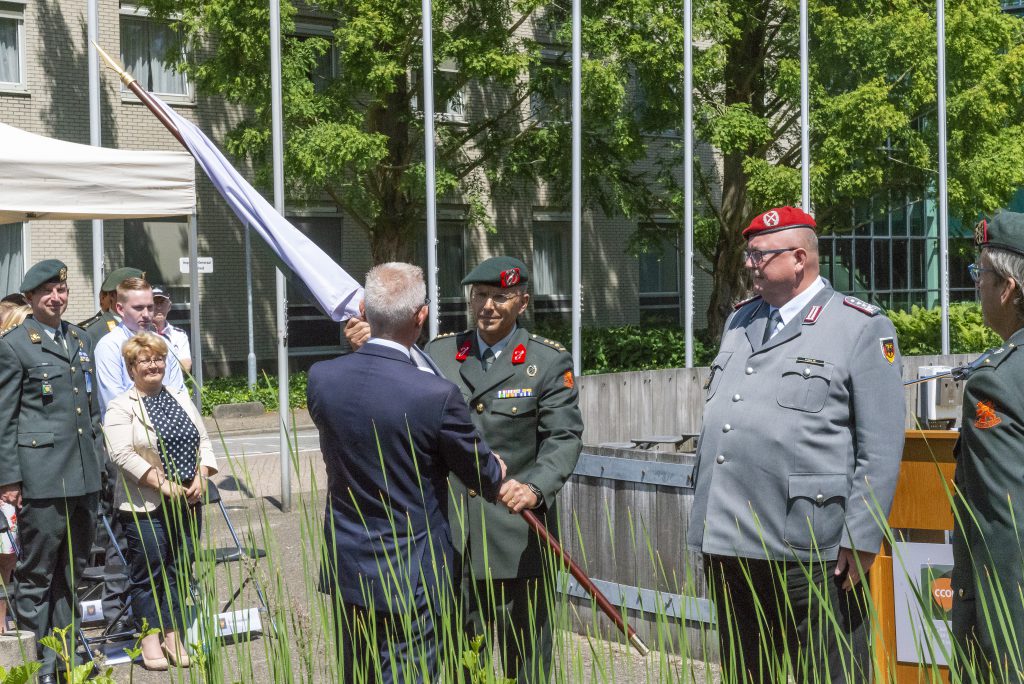 After the formal agenda items, the day ended with the traditional Reunion Day.The first official event with about 100 participants with our new director was ushered in immediately after the Change of Command ceremony. Dressed in shorts and flip flops current and former members of the CCOE gathered at a scenic beach bar in The Hague. During a barbecue the guests shared opinions and thoughts on current topics to maintain the bond of the big CCOE-Family. Of course, we did not miss the chance to say goodbye to the former directorate. Conclusion: What a day! 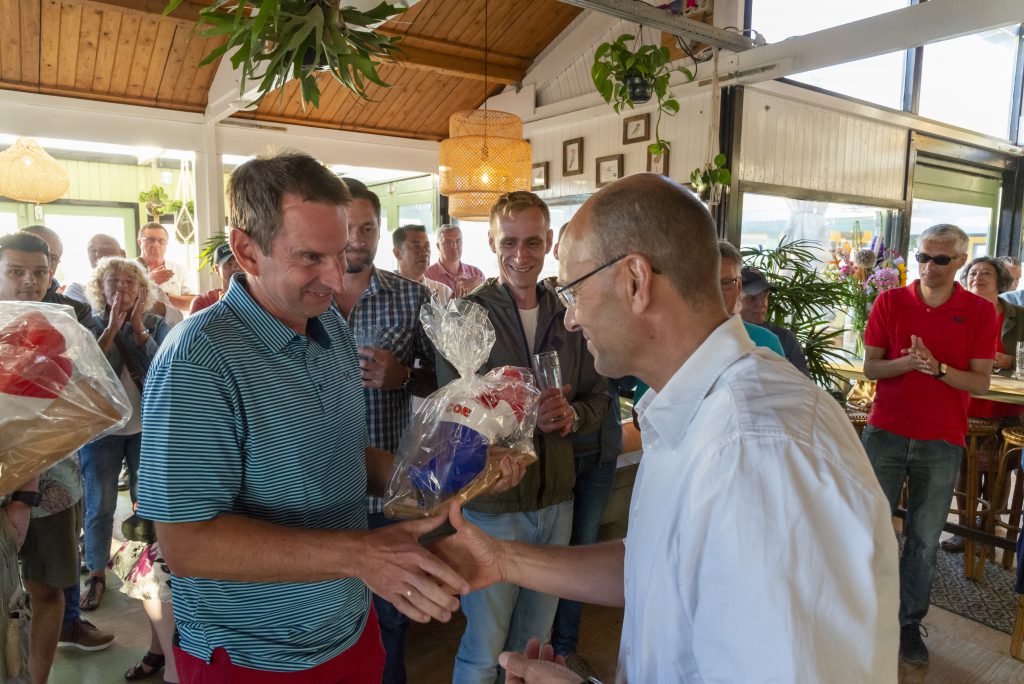 A warm farewell to the deputy director and chief of staff from Colonel (GS) Johan Wagner.