Karl von Habsburg-Lothringen, the President of the cultural heritage protection organization Blue Shield International, will be a key note speaker at the 10th Anniversary of the CCOE on October 10th this year.

Here are some key excerpts from his exclusive interview with the Public Affairs staff on his role and the current trends in Cultural Property Protection. The full text is available in the May CIMIC Messenger.

First of all, I look at cultural heritage as something owned by all mankind. And as a consequence of that, I am convinced that we have to increase the awareness on this issue.

For example, at this time the awareness on the necessity of Cultural Property Protection is not the same on the national and international levels. Therefore, we have to raise the awareness on the importance the cultural heritage with the local populations, and at the same within military units regarding the importance of cultural heritage for the future stability within a conflict zone.

In Austria we consider Cultural Property Protection as a true force multiplier: indeed, this goes well beyond the mere military peace-keeping, and reaches through to the issue of nation-building into the cultural background and identity of a country. This has turned out to be very important also in the academic field where we ask ourselves how to integrate Cultural Property Protection into the military command and control structure.

I would definitely not try to define the role of the Blue Shield within a specific conflict. I would rather like to underline, also in light of the huge work done with UNESCO, that cultural heritage is also world heritage. It does not belong to a specific country or people, but it is basically our common heritage. And this heritage is directly cemented into today’s conflicts.

Those are indeed non-traditional, inter-cultural, inter-ethnic, inter-religious conflicts, sometimes not even connected to national borders anymore. And this, what is at stake here is: identity. And when identity is at stake, cultural heritage is at stake, which often does not belong to some specific ethnicity. This is where the international community, including organizations like Blue Shield, should intervene. When I took over my role in 2008, I had only a limited idea of how these conflicts would evolve and how much our work would multiply in the ensuing years. 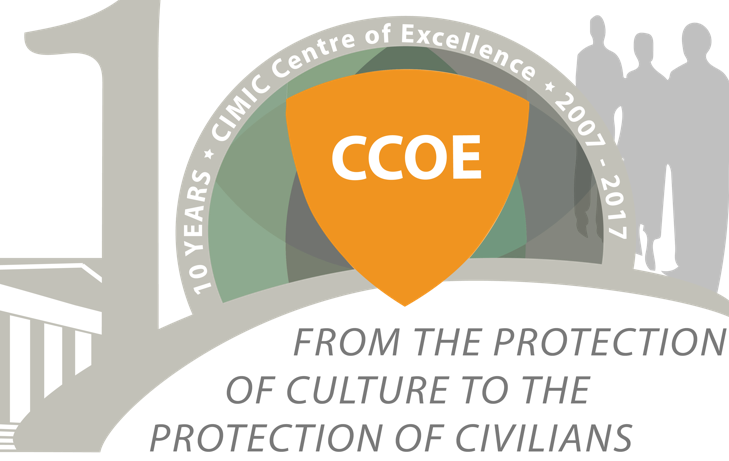