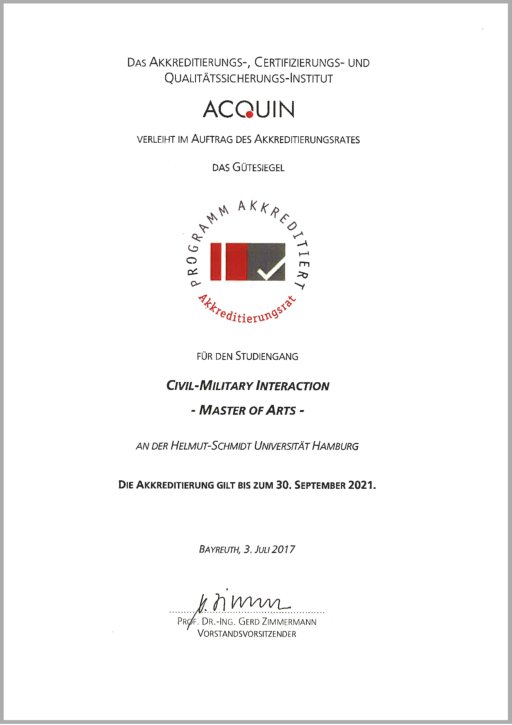 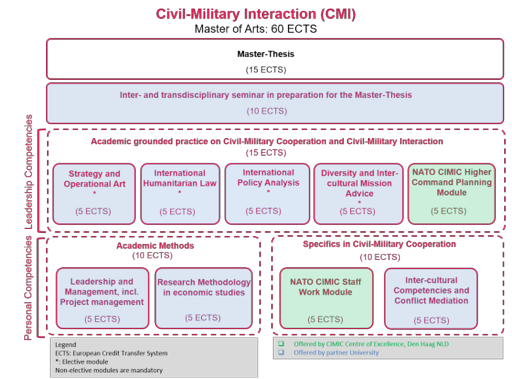 The Civil-Military Cooperation Centre of Excellence (CCOE) has developed a graduate university degree:

The Master of  Arts in Civil-Military Interaction (MCMI)

For the first time, a NATO Centre of Excellence fully aligns its military education with civilian education standards in a partnership with the Helmut Schmidt University/University of the German Armed Forces Hamburg (HSU/UniBw H).

The Master of Civil-Military Interaction (MCMI) was formally endorsed by the accreditation commission ACQUIN (Accreditation, Certification and Quality Assurance Institute). Herewith the CCOE has been granted the highest quality standards of academic accreditation in Education & Training.

The programme is interdisciplinary and transdisciplinary in nature. With high NATO training standards through the alignment of academic and military education.

It is multinational and inter-organizational cooperation with acquirement of the competencies to analyze facets of complex crisis response on the operational and strategic level in the field of Civil-Military Interaction. It is mixture of face to face networking and online problem based learning, so it allows part-time studying. The MCMI preparing future military and civil executive personnel of the Bundeswehr and NATO to perform command functions The degree is an educational opportunity who is eligible to enter a Master’s Degree and brings the academic rigor to follow the program. The CCOE is official partner of the Helmut Schmidt University/University of the German Armed Forces Hamburg (HSU/UniBw H) and co-facilitator of this academic postgraduate degree.

Ideal for leaders desiring to enlarge their knowledge, network and to pursue their careers simultaneously. 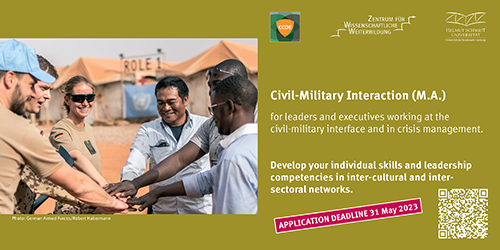 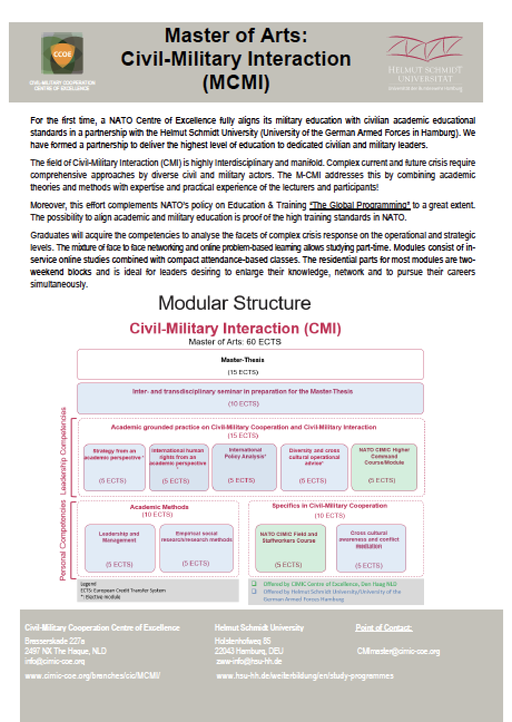