The Command of the CCoE has changed: Colonel Paulik is back as the new Director

“Dear Colonel Wolfgang Paulik, today I am proudly handing over to you an organization and its multinational staff which is up to speed and up to the CIMIC challenges of our times”. The words of Colonel Roel Been (NLD) accompanied the Official Change of Command Ceremony at the Civil-Military Cooperation Centre of Excellence: from 30 June 2016 Colonel Wolfgang Paulik (GER) is the new Director.

Not a new face for the CCoE. Before serving as commander at the Centre for Civil-Military-Cooperation of the German Armed Forces (Bundeswehr), from 2007 to 2010 Colonel Paulik was in fact the CIC (Concepts, Interoperability and Capabilities) Branch Chief at the CCoE. An aspect that he remarked during his inaugural address, in front of distinguished guests from the Supreme Headquarters Allied Powers Europe (SHAPE), the Allied Joint Force Command Brunssum (JFC), the 1. German-Netherlands Corps, representatives from humanitarian organizations such as the International Committee of the Red Cross (ICRC), the European Union, the Diplomatic Corps, the City of The Hague, senior officers of the Dutch, German and other Armed Forces, media and, of course, the families of the Colonels. 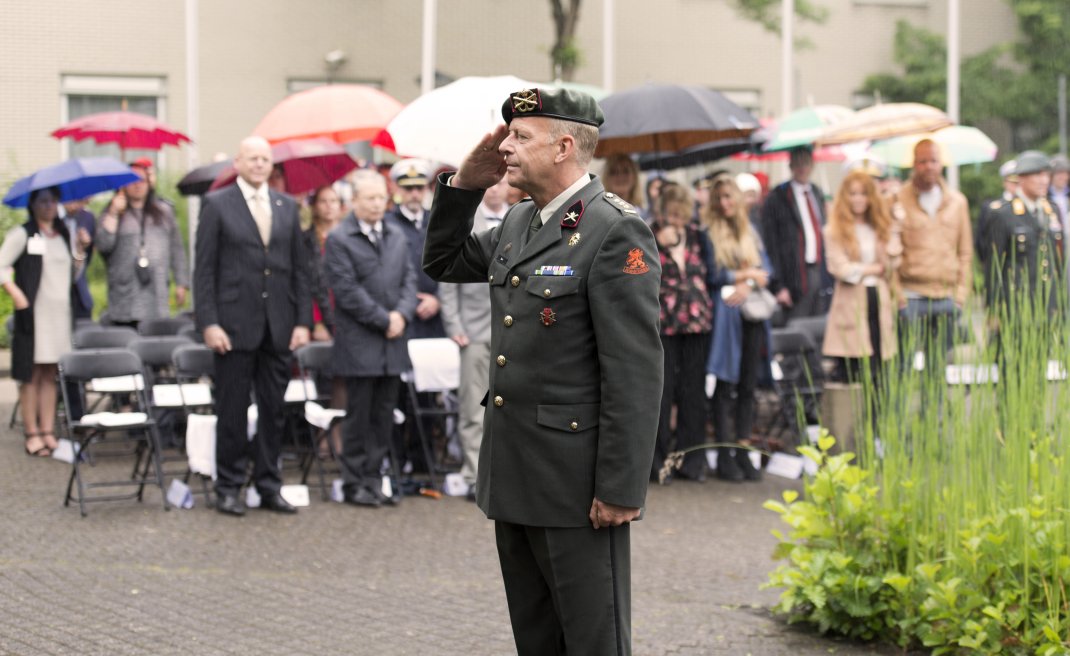 As it normally happens at the CCoE, then, after the commandership of The Netherlands, Germany has now taken the lead. Although the sponsoring nations of the CCoE include Denmark, Hungary, Latvia, Poland and Slovenia, the ones to provide the personnel in charge of the directorship (on a rotation basis) are indeed The Netherlands and Germany, as the framework nations. 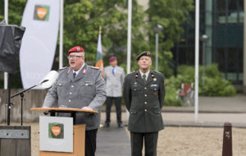 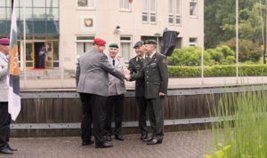 Colonel Paulik is honored to take over this committed because it will allow him to further promote the importance of CIMIC. A new challenge assumed by thanking his predecessor for leaving him “a house that is in good order and well prepared to cope with the challenges of future”. Colonel Been, who will assume new responsibilities at the Chief of Staff for the “Ombudsman” of the Netherlands Forces (IGK) at Hilversum (NL), was also saluted by Brigadier General De Jong as “the right person at the right moment on the right position”. 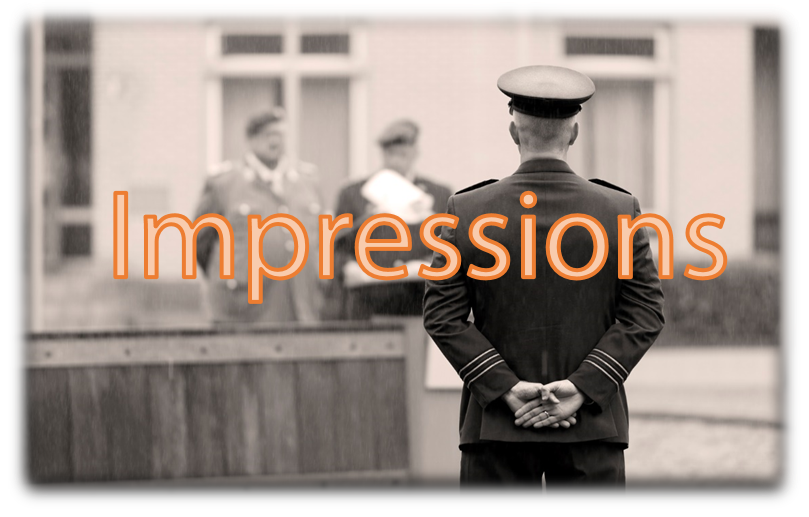