Over 600 participants met from 06 to 10 July in Valencia (Spain) in order to coordinate NATO’s biggest exercise in the last decades called “Trident Juncture”. The Final Coordination Conference (FCC) was organized by the Spanish NATO Rapid Deployable Corps Headquarters and consisted of Command Post Exercise (CPX) and Live Exercise (LIVEEX) coordination conferences. The CIMIC Centre of Excellence (CCOE) took part with a Delegation represented by the Director Colonel Roel Been and led by the Officer primarily responsible for the CCOE – Lieutenant Colonel Joachim Haupt. The CCOE contributes to the Trident Juncture 2015 Exercise as the Officer Directing the Exercise (ODE) concerning all Civil-Military Cooperation (CIMIC) and Civil-Military Interaction (CMI) matters.

Trident Juncture 2015 is a NATO exercise which will train and test the NATO Response Force and demonstrate assurance and deterance in a world that is in constant turmoil. The Exercise will take place from 28 September to 06 November 2015 in multiple locations across the Alliance including Italy, Portugal and Spain.

“Trident Juncture 15 is also a statement of NATO. NATO is ready to defend the people, territory, and values of the Alliance.” Said Generalmajor Hans van Griensven, the Deputy Chief of Staff Plans at NATO  Joint Force Command Brunssum. 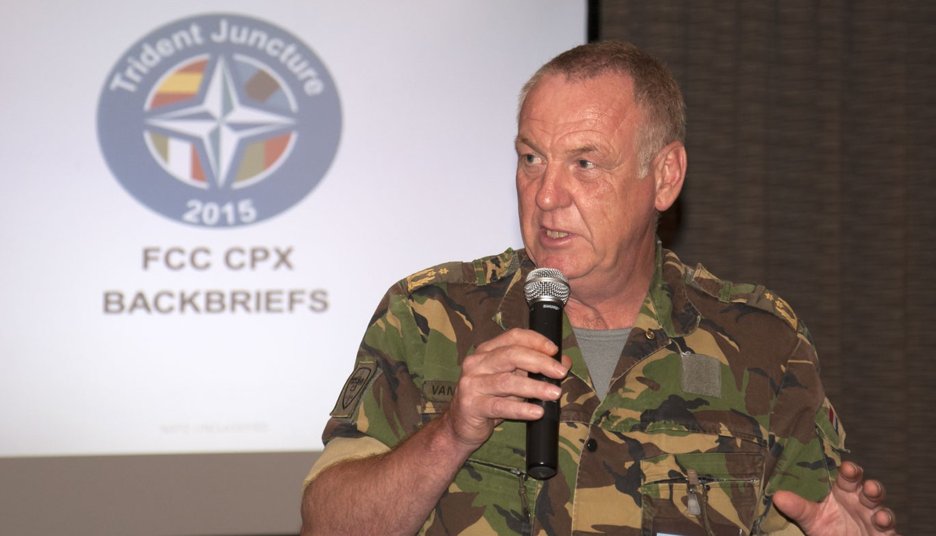 Being ODE during this exercise the CCOE is responsible to provide a realistic and challenging scenario related to CIMIC/CMI topics to the training audience. Consequently CCOE Director Colonel Been presented to the audience the current status of the preparations during the FCC giving “green light” for all CIMIC/CMI related issues on 07 July. It was highlighted by Lieutenant Colonel (LtCol) Frans van de Mantel who was responsible for the CPX Conference that “the CCOE is an example for other Centre of Excellences contributing a lot although not being part of the NATO command structure. This is the way how COEs can gain more visibility within NATO.”

But Colonel Been was also challenged by Generalmajor van Griensven who asked the CCOE to provide a solution on how knowledge, also classified information, can be shared with Nongovernmental and International Organizations. This challenge will be one topic amongst others during the CMI Workshop at the CCOE form 23 to 25 November 2015.

Furthermore LtCol Haupt addressed how CIMIC/CMI syndicates will be conducted the next days during the conference. Learn more about the FCC and the role of LtCol Haupt watching our short video on Facebook. (Link Facebook)

The Conference continued with syndicate work and Sidebar as well as cross-syndicates Work. Hereby decisions about future plans for Trident Juncture 2015 regarding mutual topics like manning, budget, Strategic Communications and of course CIMIC/CMI were discussed. 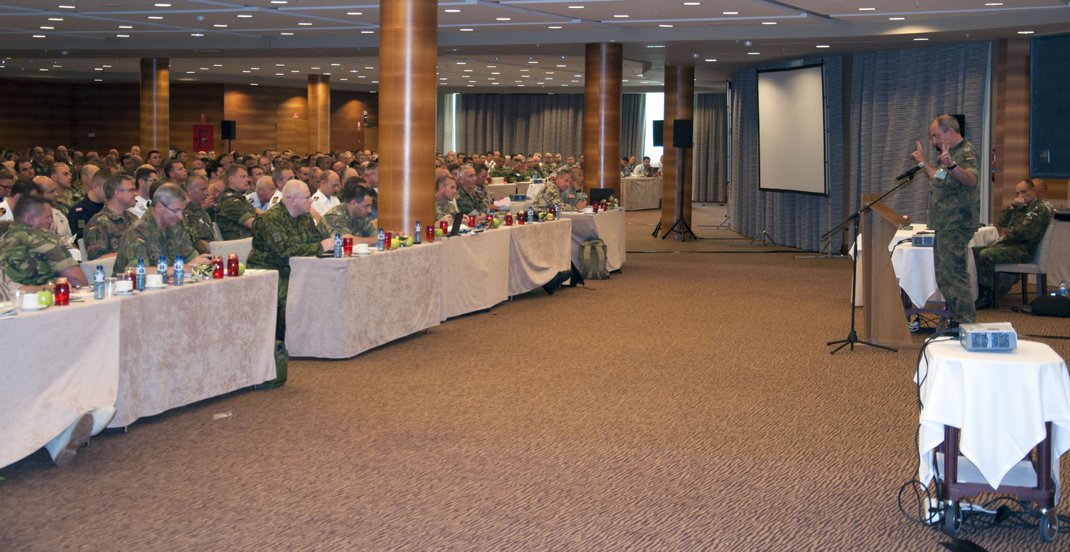 Beyond the work participants also enjoyed the fantastic weather in Valencia, going out to the beautiful old city centre, enjoying Spanish Mediterranean food or taking a walk along the old Turia riverbed – a former river now transformed into a verdant sunken park with numerous ponds, fountains and cafes where people meet, exercise and enjoy life.

Story and pictures by PAO office