During the week from July 3rd through 7th, the CCOE supported the CIMIC Directorate of the Lebanese Armed Forces (LAF) by teaching a CIMIC course and conducting a Training Requirement Analysis onsite. Seventeen students from the LAF CIMIC Directorate and from regular LAF units participated in the CIMIC course, conducted by LTC Rudolf Keizer and Major Etien Lavalette from the Training and Education Branch, focusing on Liaison, Cultural Awareness, Communication and Project Identification.

At the same time CCOE Deputy Commander Colonel Johan Wagner met with the Dutch Embassy in Beirut and held further related international meeting to discuss the way forward in the support of the LAF CIMIC Directorate. Halfway through the trip a key international meeting took place with representatives of the EU, UNIFIL and representatives of the Embassies of Canada, Italy, Germany, South Korea, Japan, The USA, France and The Netherlands in Beirut, on July 5. This meeting gave the LAF CIMIC Directorate the opportunity to inform the participants about the LAF CIMIC context, The LAF CIMIC capability development, LAF CIMIC activities as well as about potential cooperation opportunities.

During the trip the group from The Hague also visited the Northern LAF CIMIC field office in Tripoli. More such field offices are being planned in the Beqaa Valley and in the Southern part of Lebanon. For this year another training session is planned, which will focus on improving the training skills of selected LAF CIMIC officers, to enable them to plan and execute CIMIC courses in Lebanon by themselves in 2018

The support from the CCOE for Lebanon has been ongoing since 2014 by initiating a structured approach towards CIMIC capacity and capability development. In this process the Lebanese Armed Forces received assistance for their CIMIC doctrine development, the handbook and their newly created CIMIC structures and procedures. The key achievements of this project include the implementation of an assessment system, a monitoring and evaluation framework and the integration of CIMIC into operational units. Training and education provided to the emerging LAF CIMIC personnel, boosted their competencies in communication, liaison, assessment, planning and staff processes. 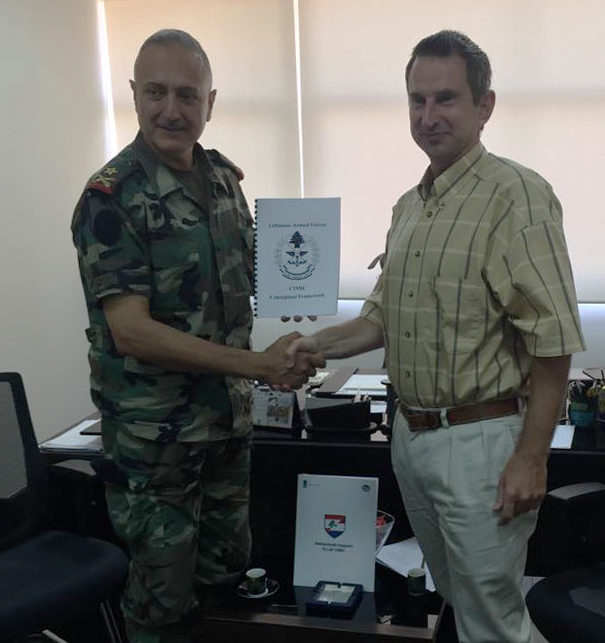