Inspector General of the Royal Netherlands Armed Forces at CCOE

Yesterday the Inspector General of the Netherlands Armed Forces – Lieutenant General Hans van Griensven – visited the CCOE in The Hague.

After an office call with the Director – Colonel (GS) Wolfgang Paulik – and the Deputy Director – Colonel (GS) Johan Wagner – for an overall introduction into the CCOE and its tasks, the Inspector General had intensive talks to the Dutch staff members to discuss and be reported about the personnel situation and other topics belonging to his scope of tasks.

Lieutenant General Hans van Griensven summarized his stay at the CCOE with his comment in the guestbook:

“No success without Civil-Military Interaction. Keep up the good job!” 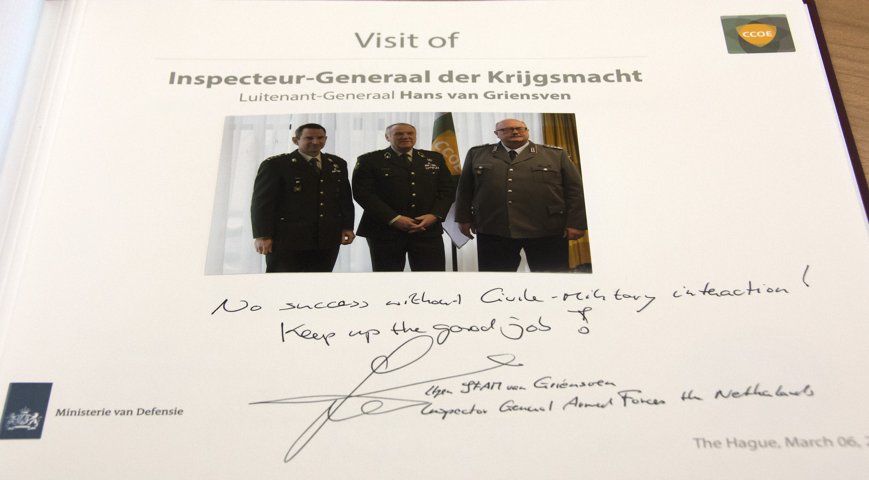 The Inspector General (IG) is an independent advisor to the Minister of Defence. He is an intermediary and acts as a stage manager of the veterans and stage manager of the reserves. The IG performs its duties through working visits, talking to supervisors and particularly talks with employees.

In addition, each member of the armed forces can contact the IG with a request for mediation.

The function of the IG has to be equitable with an ´ombudsman´. He plays an important role in gaining the confidence of the population in the authorities. 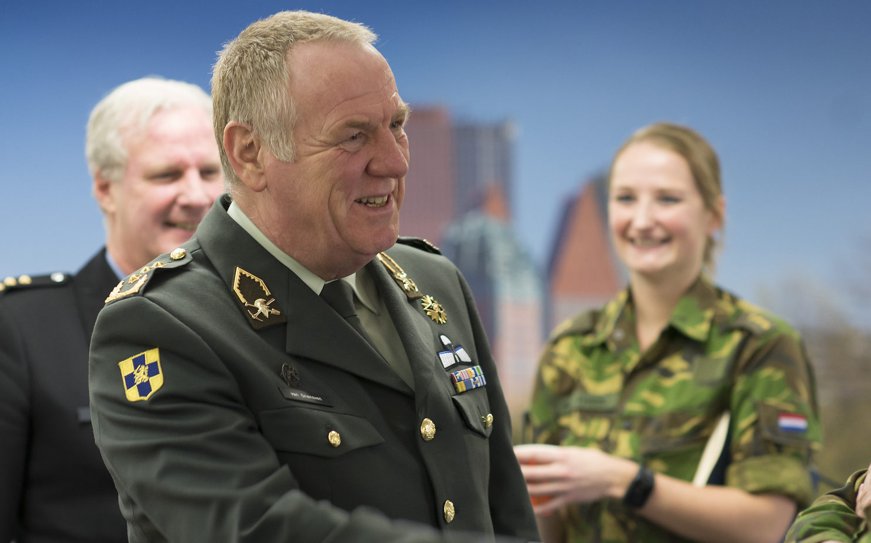