From Monday 19th till Friday 23rd March 2018, the CCOE supported the Lebanese Armed Forces (LAF) CIMIC Directorate, with the pilot version of the first LAF CIMIC Basic Course. 17 military participants, from the CIMIC Directorate and regular LAF units, took part in this Course.

The course focused on the key CIMIC elements and used the LAF CIMIC Handbook as a guide in transferring CIMIC knowledge to CIMIC Directorate members and Brigade/Battalion S3 Officers. Additional the course overall is crucial in teaching knowledge about LAF CIMIC doctrine and tactics.

By providing this knowledge LAF units are better informed on 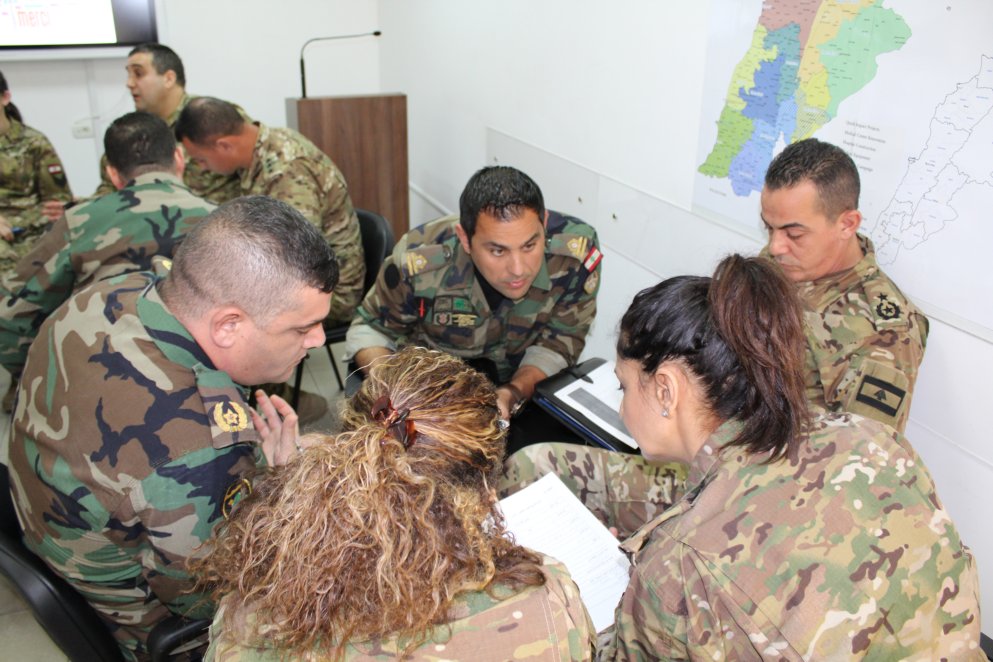 The course also provided an excellent platform for experience-sharing and networking between LAF CIMIC Directorate Staff, the regional CIMIC Offices and the S3 Officers from the Brigades and Battalions. The program included interactive lectures, group discussions, syndicate work, role play and student presentations. A scenario with a Lebanese issue was used to link the different lectures, syndicate work and role-play together.

With this course the LAF CIMIC Directorate added CIMIC knowledge to the course participants and helped the Lebanese Armed Forces, to make LAF CIMIC more relevant within Lebanon and to support the needs of the Lebanese population.

Since 2014 the LAF CIMIC Directorate has been working on developing a CIMIC Capability to support the needs of Lebanon and its population. Developing this CIMIC Capability has been supported by the Dutch Embassy in Lebanon, AKTIS Strategy and the CCOE.

Until now the following steps have been done: 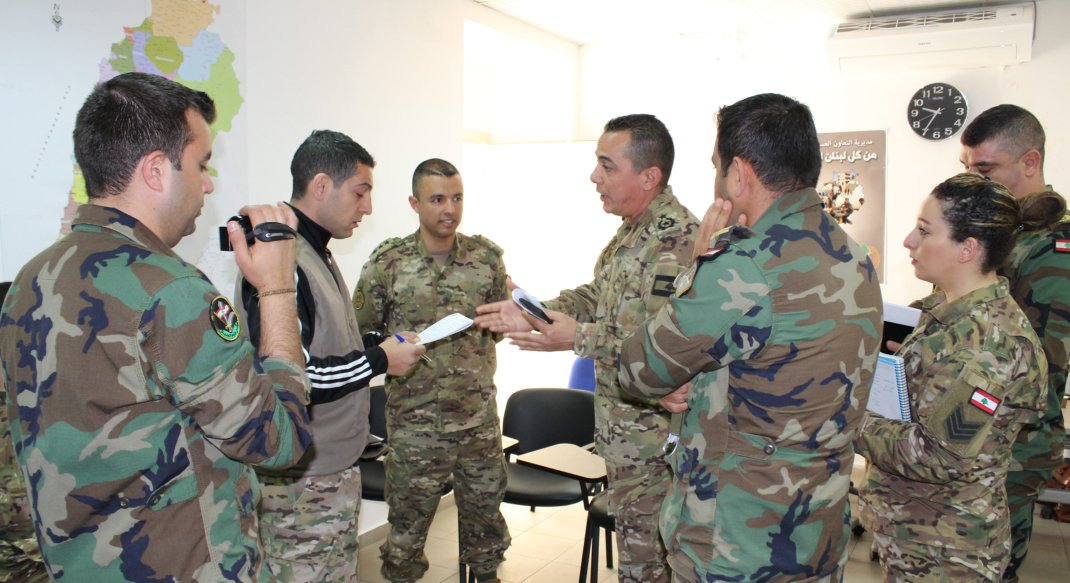 Roleplay during the course.