Due recognition for faithful service in and exemplary military duty. 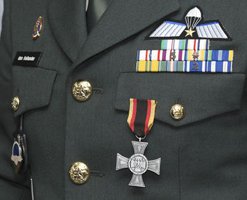 This is what our former “Mr. Engagement”, Major Laine den Hollander, has been awarded on August 22, 2016, by the Director of the CCOE Colonel Wolfgang Paulik.

The Ehrenkreuz der Bundeswehr (in Silver) is just for the selected few: it is a medal of honor for exemplary and meritorious service of over 10 years or for honoring exemplary achievements. A German decoration to a Dutch, a clear sign of appreciation for Laine’s commitment to the work even out from his country.

And in fact, Major den Hollander has been working in CIMIC for some 16 years, turning “CIMIC” to the bone. Currently appointed as a United Nations Military Observer at the Golan Heights towards Syria, he was course director at the CCOE for the NATO CIMIC Field/ Staff Worker Course, the NATO CIMIC Liaison Course and the UN-CM Coord SHARED Course. During his tenure, the CCOE highly benefited from his vast field experience and numerous deployments. His dedication to the job and his engagement skills earned him the nickname  “Mr. Engagement”. This organization wishes him all the best for his future career in CIMIC and Civil-Military Interaction. 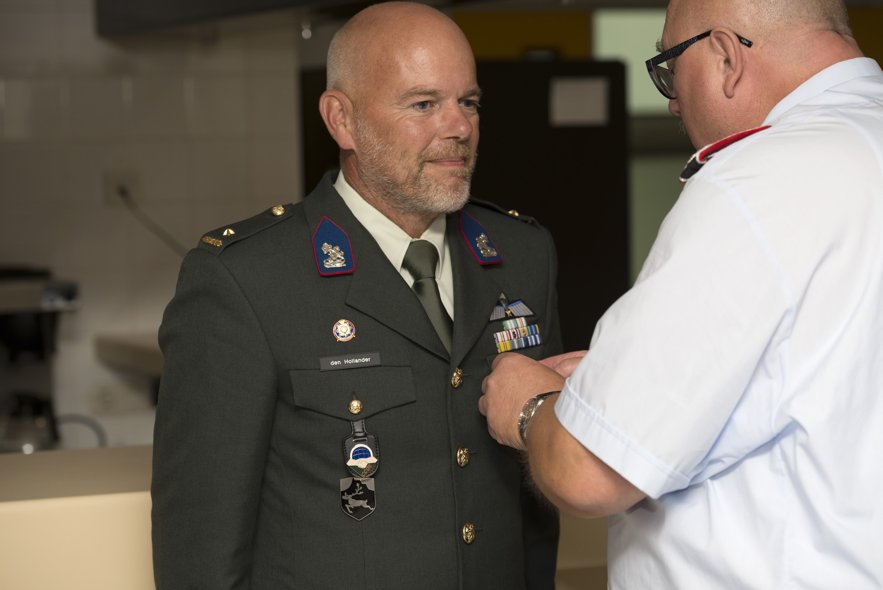