The Master of CMI: a Career Catalyst

The Master of Civil-Military Interaction (CMI), offered jointly by the CCOE and the Helmut-Schmidt University, has been conceived with the idea to provide for both a scientific foundation for the application of Civil-Military Cooperation, as well as for the basis for their future career. The overall curriculum will enable student to better prepare for their duty assignments, while also opening opportunities in the business world. On February 17th and 18th, the initial aspiring students of the Master’s program convened at the CCOE in for their first module.

Erik Berg, a Dutch reservist in the Military legal department at the 1. CMI Command in Appeldorn stated: “In the future, this Master will open new doors for me, of which I am not even aware of yet. I am sure that it will provide me with extra credit, when I will apply for some CMI related function.”

And Juan Carlos Antunez, a social-cultural analyst at the Joint Forces Command in Brunssum added: “CMI is one of the most important Military activities in the 21st century in the field of conflict resolution, peace-keeping and crisis management.” 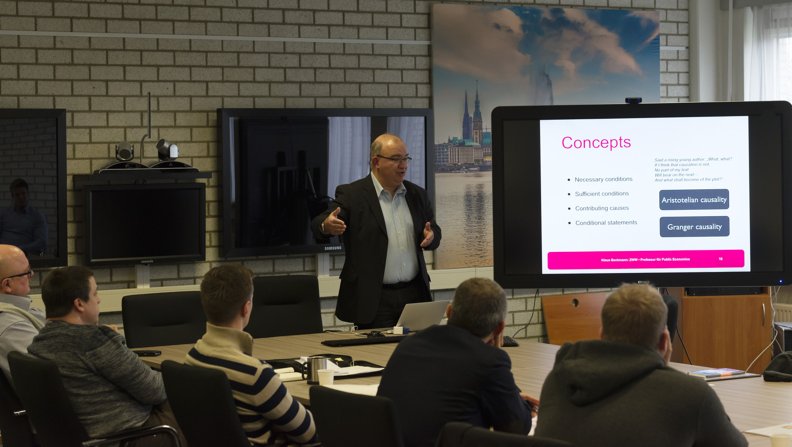 The inaugural class of the Master Arts in of Civil-Military Interaction kicked-off with a module on research methodology in economic studies in The Hague. The students from Spain, Germany and The Netherlands demonstrated their academic resilience after being confronted with subject terminology such as “Heteroscedasticity” and “Multicollinearity”. (Please google these terms if you are curious, because they will not be explained in this article!)

Instead the class, taught by Professor Klaus Beckmann from the Helmut-Schmidt University, focused on the topics which really matter in the correlation of CIMIC and statistics. Like other military decision makers, a J 9 (CIMIC) staff officer must deal with situations based on data and respective analysis tools. The evidence-based decision process relies on the ability to properly evaluate all available data, provided the methods applied have been used correctly, while utilizing the right analytical tools to conduct the analysis in the first place.

Danger of assumption and incorrect analysis

Professor Beckmann demonstrated to the international students the danger of misjudging the relations between variables of cause and effect. Their fear of “Heteroskedasticity” was wiped away and replaced by a vivid discussion of real-life examples: he introduced prominent cases of wrong statistical assumptions leading to gross miscarriage of justice, such as the Sally Clark murder conviction,   visualized instead the benefit of the most simple paper and pencil mathematics. Moreover, he introduced the course to powerful online analysis tools such as ‘Wolfram Alpha’, a combination of database with a calculator. 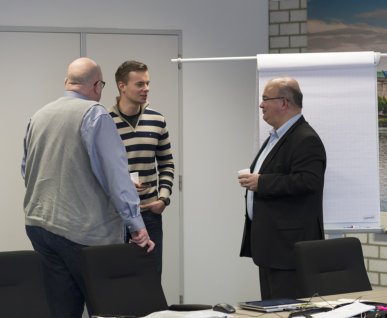 Instead of turning the J 9 into a statistics expert, the seminar aimed to provide the CMI practitioner with the awareness of the many errors and pitfalls of data analysis and the possibilities to cheat in the presentation of statistical data.

Military planning and especially the assessment of the civil situation is based on relevant social data, often following the so-called PMESII scheme: Political, Military, Economic, Social, Infrastructure, Information. A lot of this information is available in open sources provided by governments and international organizations, such as the Human Development Index of the United Nations Development Program. While this guarantees easy access on one hand, it also confronts any analyst with large quantities of data, requiring statistical methods in the analysis process. Being properly applied, such methods allow for the deduction of key factors and do thereby help to minimize uncertainty in military decision making.

The Master of CMI module will commence this spring with its second part focusing on techniques of data collection and analysis to enable the J9 to guide his staff through the process.