What is CCOE’s Training and Education (T&E) branch doing when there is no course in The Hague? Right, they are conducting courses abroad.

So far T&E in 2017 has conducted 4 courses abroad. The final one for this year will be in December.  The “Mission Abroad 2017” started at the early beginning of the year with a tailor made CIMIC-course for instructors of the United States Army Civil Affairs School at FORT BRAGG/ US. This course was not only conducted to share information on NATO CIMIC with our colleagues from Civil Affairs, it was also planned to receive broader knowledge on the American approach on working with the civil environment. There it is called Civil Affairs (CA) and not Civil Military Cooperation (CIMIC).

In May 2017 CCOE sent out a team of instructors to conduct a NATO CIMIC FIELDWORKER / STAFFWORKER COURSE (NCFWSWC) in Budapest/ HUNGARY. Students from Hungary, Denmark, The United States and even one student from Democratic Republic of the Congo – working there as a civilian for the UN-Integrated Mission in the Democratic Republic of the Congo – came together to get a deeper insights into NATO CIMIC and also to exchange their broad experiences, gained during their missions. 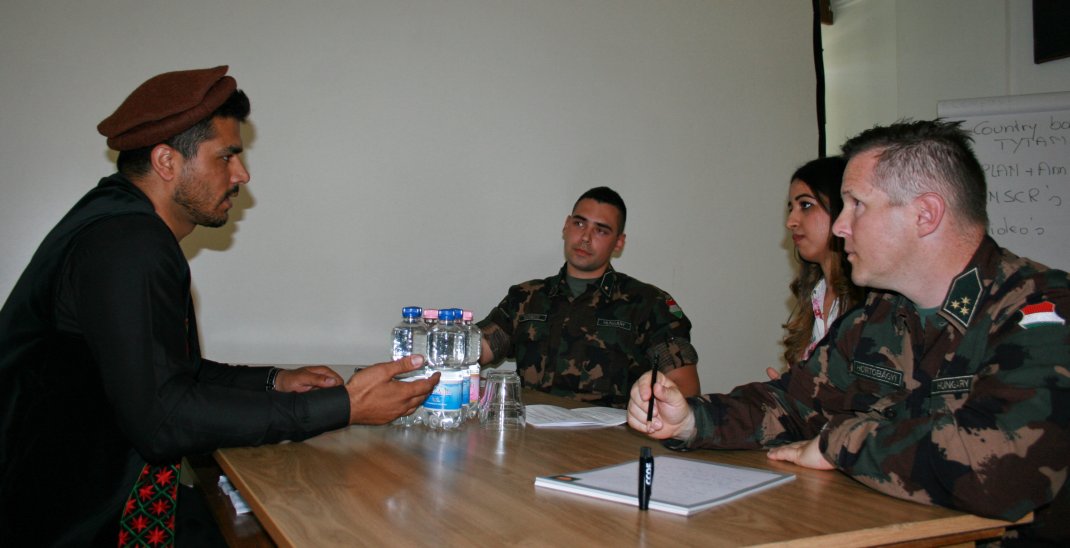 The same course was conducted in Kielce/ POLAND in June 2017. The Polish hosted that course in their Military Training Centre for Foreign Operations. This special training facility is designed as a field camp so the students had that feeling of being in a real mission. Besides the Polish students also students from the Czech Republic, The United States and from Ukraine attended the course and shared their knowledge.

The latest course was given in September 2017 in Maribor/ SLOVENIA. This course had a special add on to the Field- and Staffworkers – the so called Functional Specialists. These Functional Specialists are for example military or civilian experts in civil administration, humanitarian assistance, civil infrastructure, economy, commerce or cultural affairs. This special course included 16 civilian Functional Specialists from the Slovenian Ministry of Defense, because they have close working relations to CIMIC´ers and soldiers from Slovenia, The United States, France and Norway.

All in all CCOE T&E personnel have trained in total 102 students in four different countries, both military and civilian from NATO and Non-NATO nations on NATO CIMIC topics. The last course in December will be conducted in Riga/ LATVIA and will be a tailor-made course, mainly for members of the Latvian National Guard.

In 2018 CCOE will also offer courses in various countries and the preparations for them are still ongoing. According to the current planning those are scheduled in Denmark, Hungary, Poland and Slovenia.