Prospects for a J 11 Function in NATO?

There might well be yet another NATO staff function 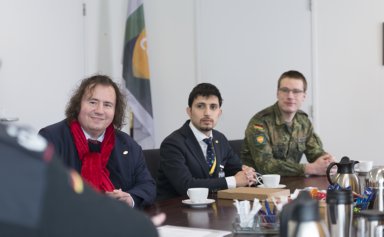 in the works. And it does have the potential to shape operational and strategic decision
making in the future.
Following the establishment of J 9 (CIMIC) in the 1990s, which introduced the humanitarian and civilian factor into Military thinking, it might soon be ‘Modelling & Simulation’ (M&S), obtaining a functional role in a Commanders’ decision making process.

Since 2012, the NATO Modelling & Simulation Centre of Excellence (NATO M&S COE) in Rome has been studying the inter-connectivity and inter-dependency of factors contributing to a given scenario. Based on advanced computer models, algorithms and comprehensive data analysis, ‘Modelling & Simulation’ aims to provide individual and collective training to military staff and senior leaders with a set of alternate options, outcomes and potential developments in any given condition, driven by singular and multipolar actions.

In a visit to the CCOE on February 13th, M&S COE Section Chief Lieutenant-Colonel Paolo Di Bella, together with Professor Agostino Bruzzone from the Simulation Team at Genoa University, spear-headed the drive to also include CIMIC related topics into ‘Modeling and Simulation’ program scenarios.

Together with the CCOE’s Computer Information System (CIS) staff, the delegation from Rome explored first steps for a mutual collaboration incorporating in-house CIMIC, IT and M&S expertise for the further integration CIMIC standards into M&S tools already in use.

“In 2015 NATO underlined the existence of a gap in addressing the human behavior in international conflicts, and how simulation can help fill this gap,” elaborated LTC Di Bella. “Modelling & Simulation has already demonstrated the capability to support PSYOPS, Counter – Hybrid Warfare and CIMIC as well, which are considered by us at the M&S COE as a central factor of todays’ operations.”

Modelling & Simulation constitutes an innovative and dynamic doctrine, where scientific knowledge, Humanities, IT and technology are interlinked with available information and assumptions: it aims to provide the military with risk analysis in a synthetic environment, including the possibility of replicating tests. The Centre is supported by the sponsoring nations Italy, Czech Republic, Germany and the United States, and through framework agreements with other parties, such as the Simulation Team and University of Genoa.

“We do not construct crystal balls here, but computer simulations, which are able to deal with very complex systems and behaviors”, said tenured Professor Bruzzone, the Simulation Team President, while explaining the tasks. “Yet”, – he continued – “our evaluators take into account many different possibilities, factors and information, leading to an amazing variety of options and potential outcomes.”

Modelling & Simulation already plays a key role in training of staff and supporting the decision making process. Once this domain, which is made up of know-how in the sciences, military and the humanities, is eventually fully exploited in the in the near future, it just might emulate into a new staff function within NATO, concluded Lieutenant-Colonel Di Bella. 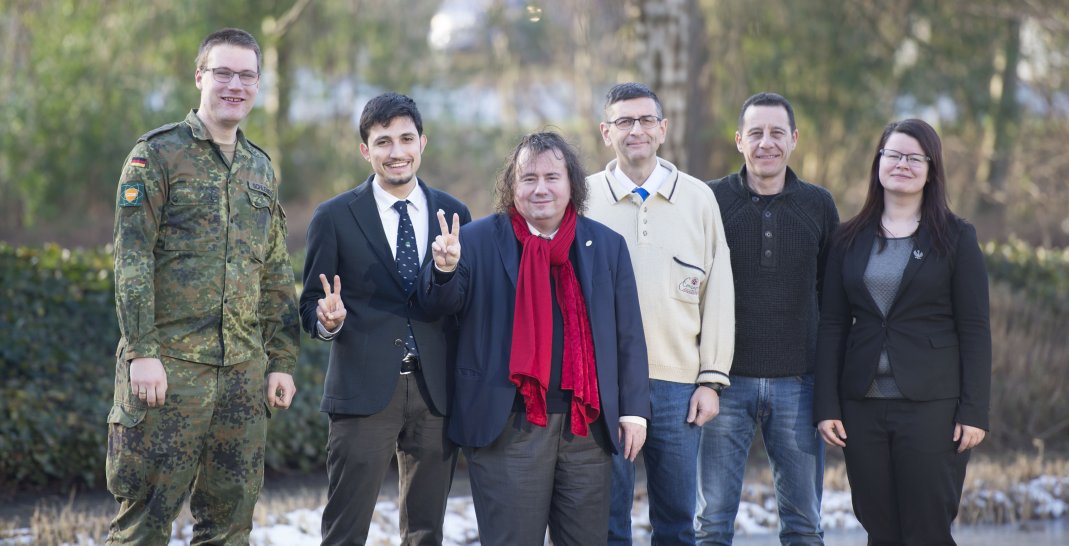