The Protection of Civilians frames one of the two cornerstones of the upcoming 10th Anniversary event of the CCOE on October 10th this year.

As much as this goal is one of the guidelines determining the tasks of Civil-Military Cooperation, it has also become the scope of planning and operation implementation.

In the last decade, the commitment of NATO and its partner nations to the protection of civilians in the planning and conduct of NATO-led operations and missions has been underpinned by the development of specific policies and guidelines.

NATO and its operational partners have learned important lessons from the effort to mitigate civilian casualties during the past ISAF mission in Afghanistan. At the Warsaw Summit in July, 2016, NATO Heads of State and Government adopted a “NATO Policy for the Protection of Civilians.” It is the aim of this overarching policy to set out a coherent, consistent and integrated approach to the Protection of Civilians in NATO and NATO-led operations, missions and other mandated activities. The policy was developed together with NATO partners and in consultation with the United Nations and other key international organizations. It complements NATO’s existing efforts in areas such as Children and Armed Conflicts, Women Peace and Society, and Conflict-related sexual and gender-based violence.

The protection of civilians (persons, objects and services) includes all efforts taken to avoid, minimized and mitigate the negative effects that might arise from NATO and NATO-led military operations on the civilian population, and, when applicable, to protect civilians from conflict-related physical violence or threats of physical violence by other actors.

The protection of civilians may include a range of activities including the use of force to prevent, deter, pre-empt, and respond to situations in which civilians suffer or are under threat of physical violence.

NATO acknowledges that promoting long-term, self-sustained peace, security and stability is best achieved in cooperation with local authorities, population and civil society, such as relevant organizations working for human rights, including gender equality.

In this way military forces have their part to play towards contributing to a Save and Secure Environment, through hall phases of a crisis or conflict to support the projection and promotions of stability, in order to assist in achieving self-sustaining security and setting the conditions for the transition from crisis into development. 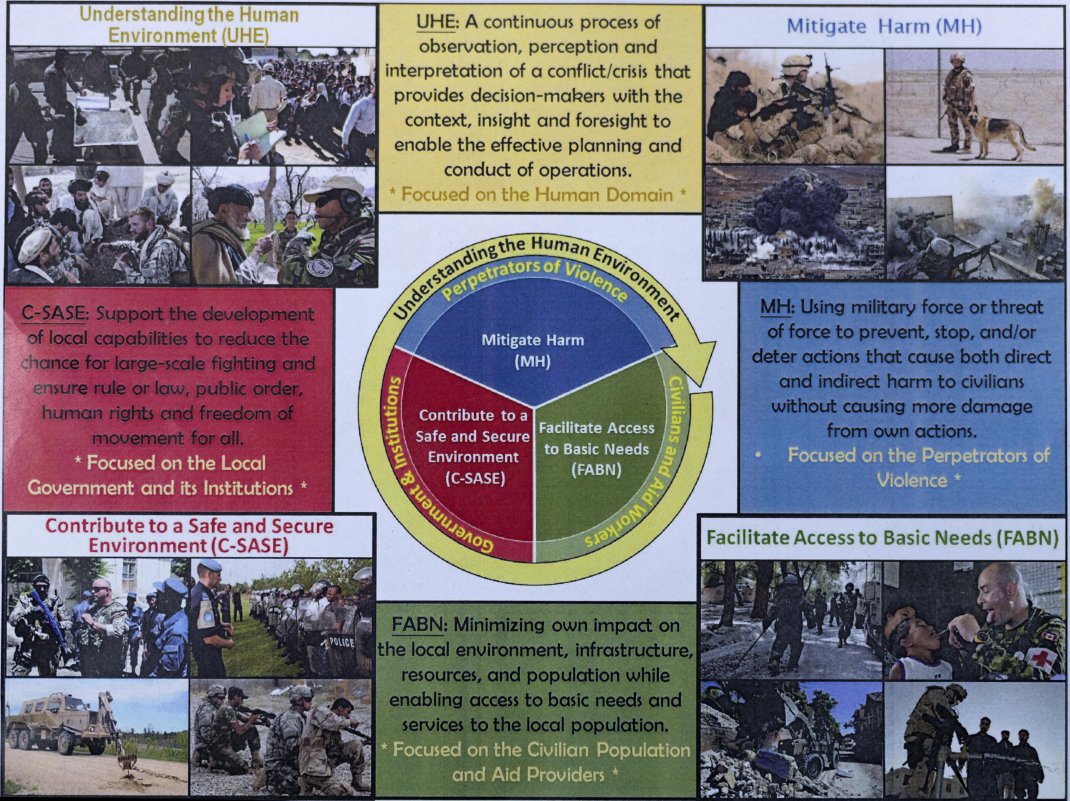