The International Criminal Tribunal for the Former Yugoslavia and its achievements

The CCOE visits the ICTY, shortly before the end of its mandate.

Staff members of the Civil-Military Cooperation Centre of Excellence (CCOE) and students of the NATO CIMIC Functional Specialist Course recently visited the International Criminal Tribunal for the Former Yugoslavia (ICTY). On the same day of the launch of the publication ‘Fifteen Years of Outreach at the ICTY’, civilians and military from Brasserskade were introduced to the ICTY’s scope and activities.

Established in 1993 by the Security Council, acting under Chapter VII of the Charter of the United Nations, the ICTY prosecutes individuals responsible for war crimes perpetrated during the conflicts in the Balkans in 1990’s. It has jurisdiction over war crimes, genocide, crimes against humanity and in general relevant breaches of the Geneva Convention perpetrated by individuals with a “superior responsibility” during conflicts, with a dual aim: on the one hand to give justice to the human beings who have experienced and witnessed tremendous crimes within the conflict, and on the other hand to eradicate impunity for those who planned, instigated and executed the annihilation of thousands of thousands of lives.

In 1993, the establishment of then ICTY represented a threshold in the international humanitarian law: for the first time, a judicial international mechanism was established, while the related armed conflicts (and the crimes) were still ongoing. This differed from the example of the Nuremberg and Tokyo tribunals.

Since then, several individuals have been taken to trial and sentenced from 5 years to life imprisonment. The most relevant cases involved:

Near the end of its mandate (expected in 2017, after the judgment in the Ratko Mladić’s case), the ICTY lauds different important accomplishments during the last 23 years: no fugitives among those indicted, 154 proceedings concluded out of a total of 161 cases, 4,650 witnesses were heard before the court and more than 2.5 millions of pages were transcribed. 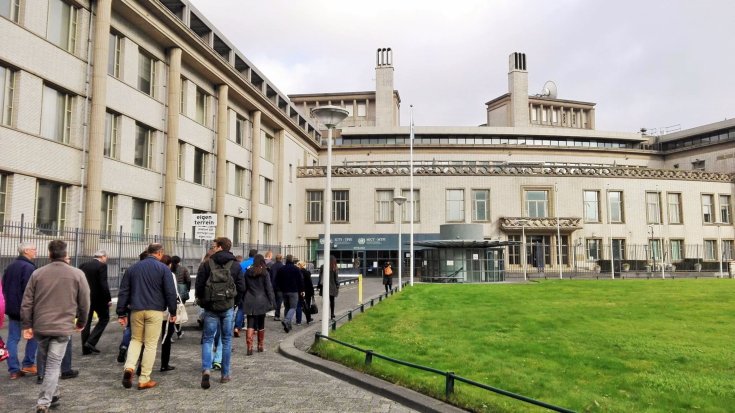 Picture: Students of the NCFSC visit the ICTY in The Hague / Source: CCOE/ de Astis

But what really counts beyond these figures is that individuals who used their political and executive powers to systematically torture and massacre human beings with no hesitation, in one of the most inhuman page of the post-II World War European history, have been brought in front of justice and sentenced as war criminals. And this is why, although the punishment of those responsible for the atrocities perpetrated in the Balkans will never compensate all the losses of lives and rights experienced by the populations, it is fundamental to have recognized mechanisms for the application of international justice. 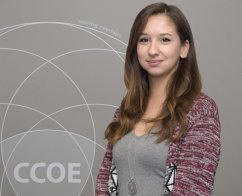 Ms Giorgia Grechi of the Lessons Learned (LL/DEV) Branch of the CCOE, who participated in the visit with her colleagues said:

«It is absolutely necessary to go on with trials aimed at judging and punishing all those who committed inhuman acts, violating people’s fundamental rights. – And she added – At the same time, attention should be always drawn on the importance of human rights, which are still too much in danger throughout the world. The visit to the ICTY was a good opportunity for all participants to focus on these two aspects».