CCOE’s mobile education training team (METT)  performed the first “roadshow” on the new AJP-3.19 in Budapest, Hungary. Three members from the Concepts, Interoperability & Capability Branch were invited to inform and educate the wider Hungarian CIMIC community on the new AJP-3.19. “CIMIC and resilience”, “NATO doctrine and terminology” and “CIMIC and the cross-cutting topics” (with emphasis on Protection of Civilians) were also covered during the roadshow.

More than 25 persons attended the presentation of the mobile training team. The audience was quite responsive and interactive and they perceived the lectures with an open manner. The CCOE lectures were highly appreciated by the HUN audience and Colonel Szilágyi of the Hungarian Defence Forces CIMIC and PSYOPS Centre thanked the CCOE for effort. 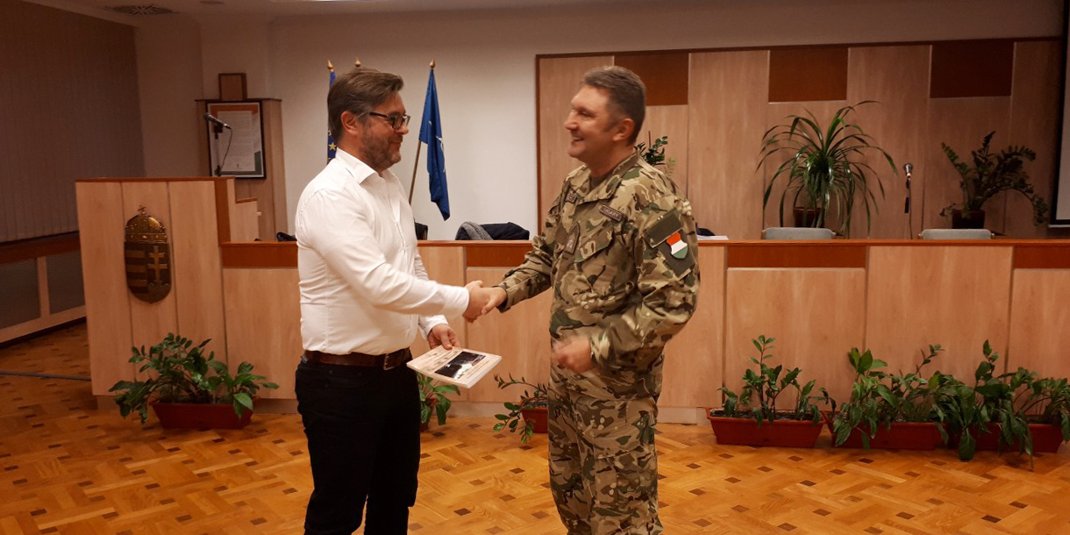 The AJP-3.19 was promulgated by NATO on November 09, 2018. The new doctrine on CIMIC is fundamental for understanding NATO CIMIC as a joint function and its application in all types of operations.