A Polish, Bulgarian and a Spanish officer are meeting with the owner of the biggest local newspaper for negotiations in San Gregorio training area (Spain). Another person dressed similar to the newspaper owner is acting as the interpreter. The officers intent to arrange a daily opportunity to publish articles in the local newspaper. Thereby they want to inform local population about military activities in their home environment. Suddenly the mayor of the city appears. He is complaining angry. He demands being included and informed on all issues happening in his city. The officers have to communicate well now to control the situation and achieve a compromise uniting all interests.

This is a typical mission scenario for Civil-Military Cooperation, short CIMIC. In this case supported by a Psychological Operations officer. The meeting was conducted in a specially prepared “CIMIC Centre” in the training area. It was the first time this multinational team, led by a Spanish CIMIC unit, trained this CIMIC activity called “Liaison” with role players during the Trident Juncture 15 exercise. They met each other for the first time three days before. 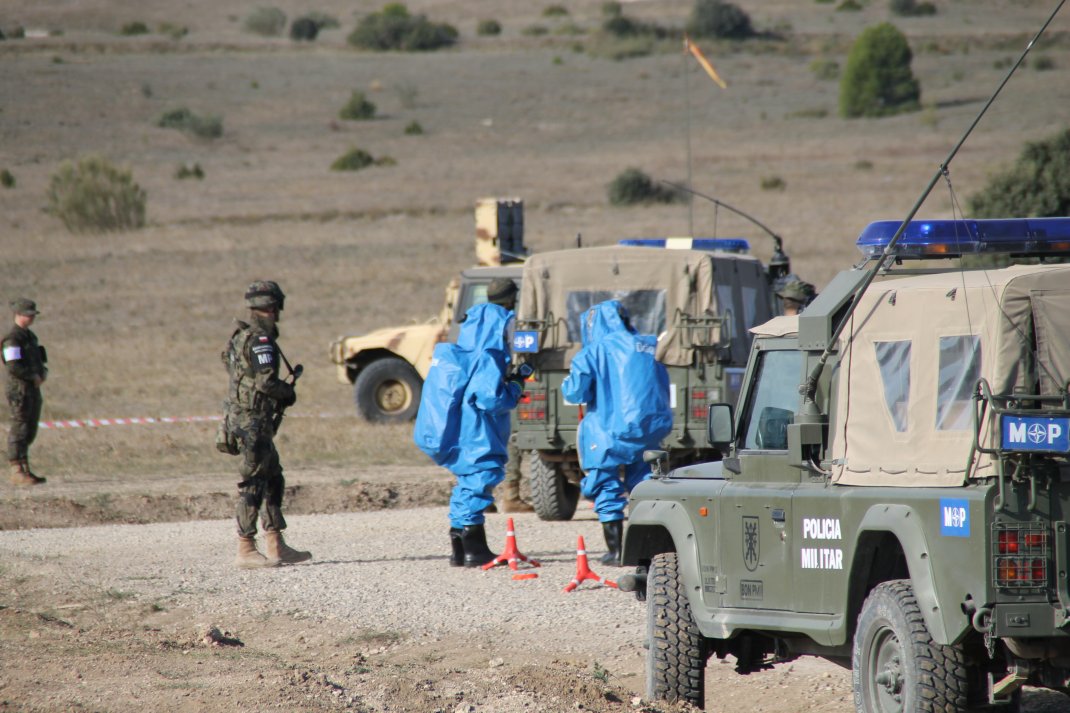 They train together CIMIC activities using one language (English) and practicing common NATO procedures in a demanding realistic mission environment. They can compare and share their national experiences and procedures and also train their communications skills. These enhances the interoperability and coherence of the international NATO forces. Among others they train interacting with other CIMIC teams, civil authorities and civil organizations. Therefore they conduct Key Leader Engagements, establish a CIMIC Centre, identify and analyse quick impact projects and even train supporting mass movements of civilians.

“Trident Juncture is for my soldiers a great opportunity to train together with different multination units. We cooperated with Polish, Bulgarian, American, Slovak and German soldiers. They came from CIMIC but also Psychological Operations, Military Police, Chemical, Biological, Radiological and Nuclear and Military Medicine units. That was a great experience. We learned from each other.” Said Lieutenant Colonel Jose Francisco Sierra Corredor, the Spanish CIMIC Battalion Commander. 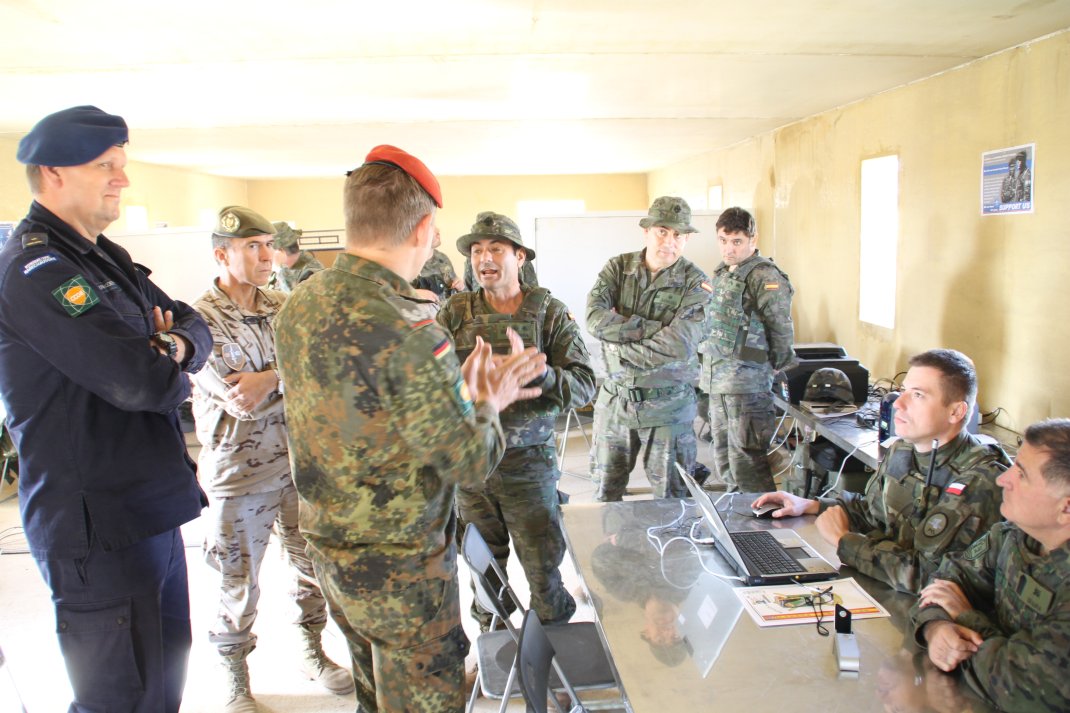 Some nations use exercise approach, letting the units train in a synthetic, artificial Crisis Response Operations setting. This is mainly due to the fact, that the Brigades, which are conducting the operation, are bound to the limits of the training areas.

Other nations decided to use an approach in support of the Brigade Training, conducted mainly outside of the military training areas. In this setting, which could serve as a good example for an operation on NATO territory or in a stable state outside the NATO Area of Responsibility, the CIMIC units perform interaction with the existing civil environment, in order to minimize the frictions between the Brigade and the population that is affected.

Both approaches are highly valuable for the visibility of CIMIC, their core competencies and the influence that they can achieve in shaping the environment.

During the NATO Exercise Trident Juncture 15 the CCOE is supporting as Officer Directing the Exercise (ODE) for CIMIC. As ODE CCOE officers are mentoring and observing all these different types of CIMIC related training and will fuse best practises for use during future exercises. 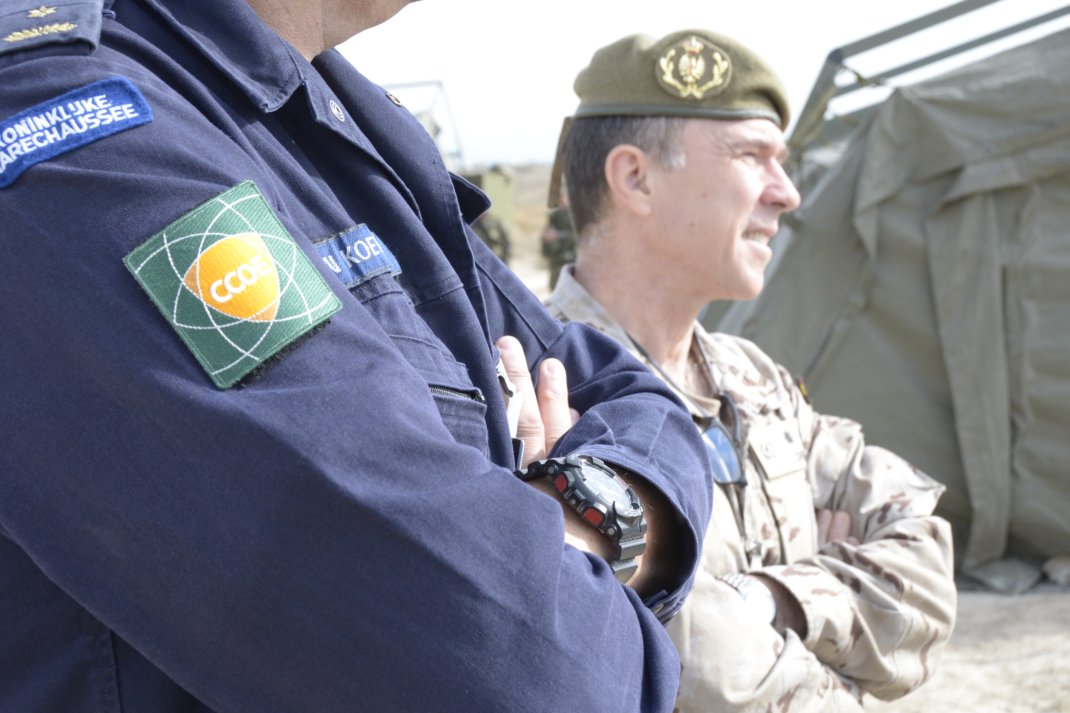 Trident Juncture 2015 is a NATO exercise to demonstrate NATO’s new increased level of ambition in joint modern warfare and will show-case a capable, forward-leading Alliance equipped with the appropriate capability and capacity to meet present and future security challenges. The exercise involves 36,000 personnel from more than 30 Allied and Partner Nations, will take place throughout Italy, Portugal, Spain, the Atlantic Ocean, the Mediterranean Sea and also Canada, Norway, Germany, Belgium and the Netherlands.

Learn more about the Trident Juncture 15 exercise on: http://www.jfcbs.nato.int/trident-juncture.aspx

See the article “CIMIC in Trident Juncture 2015 on: http://www.jfcbs.nato.int/trident-juncture/media/news/civilmilitary-cooperation-in-trident-juncture-2015.aspx