Using natural power and endurance: CIMIC-dog training at the CCOE

In many military actions and missions dogs are fulfilling a trustful and very important job. They work as protection dogs, they are searching for explosive devices or even for the thing, that they were trained and conditioned for. After a long and intensive preparation period the CCOE developed a training course for dogs to become a real CIMIC-dog. 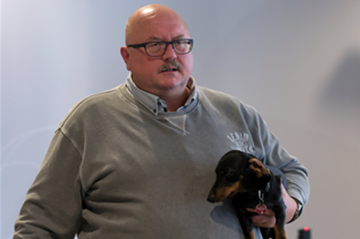 While presenting the new course methods the Director of the CCOE, Colonel Wolfgang Paulik, stated: “In every mission we have the same problem. We cannot figure out if the person, we are talking to, is a civilian or a civil clothed soldier, which by the way could be then against the Geneva Conventions. So I ordered my staff, to think about a solution for that issue.”

Only a small number of soldiers within the CCOE were tasked to support the top secret project, which was not easy to handle. For example the shelters for different types of trained dogs at the rear parking area or the unofficial tests with the dogs during the duty hours in the building.

“Because of security reasons and the given classification I even told my soldiers within the Directors Front Office, that this are my own dogs. But now I am happy to reveal the truth and to show the CIMIC & CMI Community of Interest our results in this specific and new topic” so Paulik.

Due to the classification of the project it is not possible to get into the training details but the results are showing a clear picture of success. The following pictures are giving an impression, how the CIMIC-dog detects and reacts during the Human-Classification-Process (HCP) on the testing area of the CCOE in The Hague. 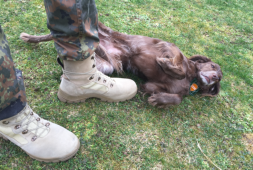 Within the Human-Classification-Process (HCP) the CIMIC-dog gives (as shown) a clear signal to his handler or CIMIC-field-worker, that he detected a soldier by laying himself down onto the ground. This also gives the soldier a signal, that the CIMIC-dog is not a threat for her or him. The gender and even the different styles of possible camouflage colors have no influence in the HCP because the CIMIC-dog is not trained in this. By using his natural bio-chemical instincts he finds out, if his opponent is a soldier or not.

Detection of a civilian 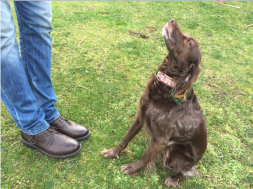 With the skilled SLUP (Sitting Looking Upwards Position) the CIMIC-dog informs his handler, that his opponent is by 99.4% a civilian – based on test results from the CCOE. And again, with this position the CIMIC-dog gives the clear signal, that he is not a threat for the person, he has classified.

Finally: Detection of a soldier in civilian clothing

But for Colonel Paulik this project has not ended yet: “At this moment we are testing penguins to detect opponents in the same way but under cold weather conditions or in wintertime. So we can provide our capabilities wherever it is needed or CIMIC has the task to support a mission.”

First test results will be expected not before the 1st April 2018. 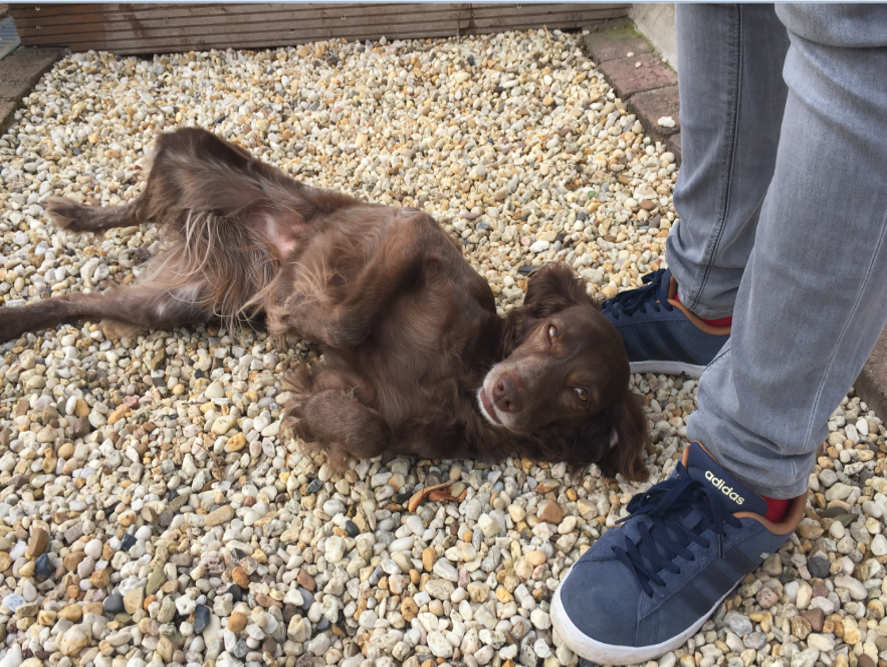