On July 27th, the NATO Supreme Allied Commander Transformation (SACT), General Denis Mercier, visited the CCOE in The Hague. During his tour of several military Institutions in Europe, he was also introduced to the CCOEs actual scope and future CIMIC topics. 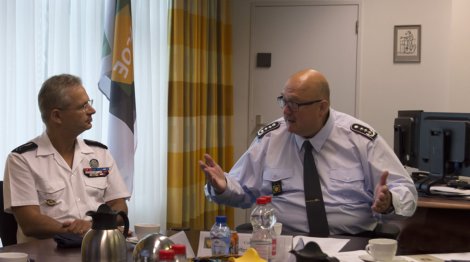 “The expertise of all the 25 Centres of Excellence (COEs) is highly important to NATO. And for me the CCOE is clearly the discipline leader for CIMIC and CMI related developments. Your knowledge and engagement will help NATO to focus on specific points to raise up NATOs capabilities,” he stated. General Mercier is keen on having all the COEs to mutually integrate their knowledge, in order to reach more synergies and reach a cluster approach. “To communicate effectively with our civil environment and the Community of Interest (COI), it is very important – and needs to be further advanced – to strengthen the close cooperation between us in the military and the civilian players in peacetime or during crisis,” he continued.
Colonel Wolfgang Paulik – Director of the CCOE – and Colonel Johan Wagner – Deputy Director CCOE – introduced General Mercier with briefings and presentations into ongoing projects. These included the cooperation between the CIMIC and StratCom COEs in Riga during the latest Community-of-Interest Conference, or the CCOEs engagement with the Lebanese Armed Forces helping to build up CIMIC capacities, following similar projects in Ukraine and Iraq in 2016 and 2017.

In Lebanon the CCOE continues to be active in coordinating Mobile Training Teams and in doctrine writing for the Lebanese CIMICers: “This project has the potential to become a real blueprint for building CIMIC structures from the ground forces up to the ministerial level in a non NATO country,” stated Colonel Paulik.
For General Mercier the CIMIC participation in these projects is as important as the participation in NATO exercises, he elaborated in his statement: “We need the CIMIC footprint within these exercises. Not only your knowledge in scenario writing is needed, also your participation with CIMICers in the exercise area or with subject matter experts from Lessons Learned and Analysis branch. This will improve NATOs capabilities in CIMIC/CMI.” And further on: “We need to integrate the COEs more into the NATO exercise structure to make use of their special knowledge more effectively. They all are doing good work and provide well-known expertise.”According to General Mercier the cooperation between NATO, EU (European Union) and UN (United Nations) and their member states needs to become more focused. Therefore, exercises like VIKING 2018 are very important. The CCOE is integrated into this large scale exercise, just like into several other NATO, or member states exercises, namely TRIDENT JAGUAR, COMMON EFFORT, PYRAMID PINNACLE and JOINT COOPERATION.
As a summary the SACT stated that CCOE has his full support for its program of work and upcoming projects. One of these projects will be the NATO Strategic Direction South Initiative, where CCOE will also participate with its expertise and capabilities to raise up NATOs toolbox in the CIMIC and CMI. 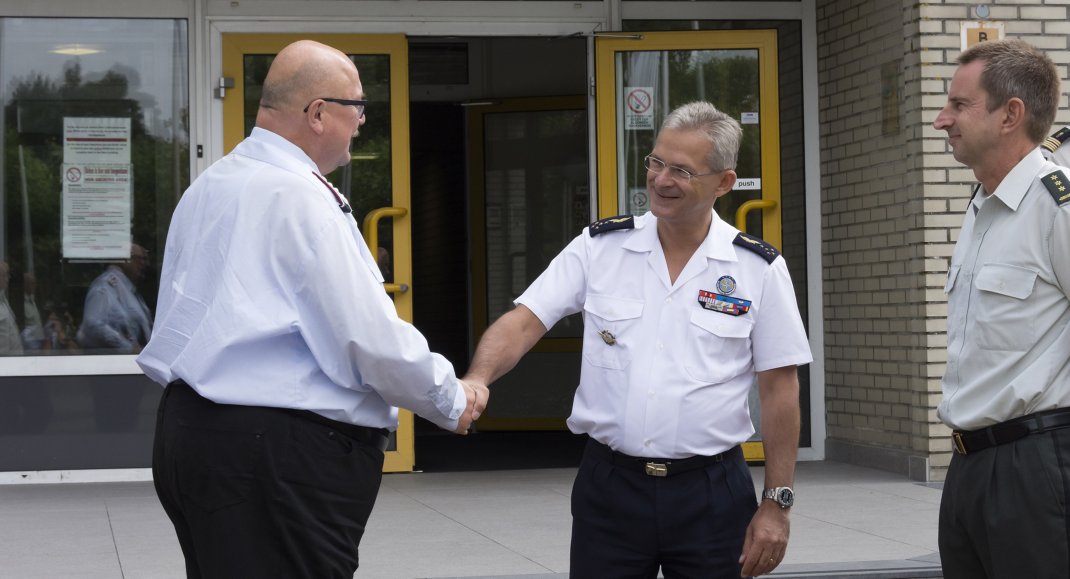